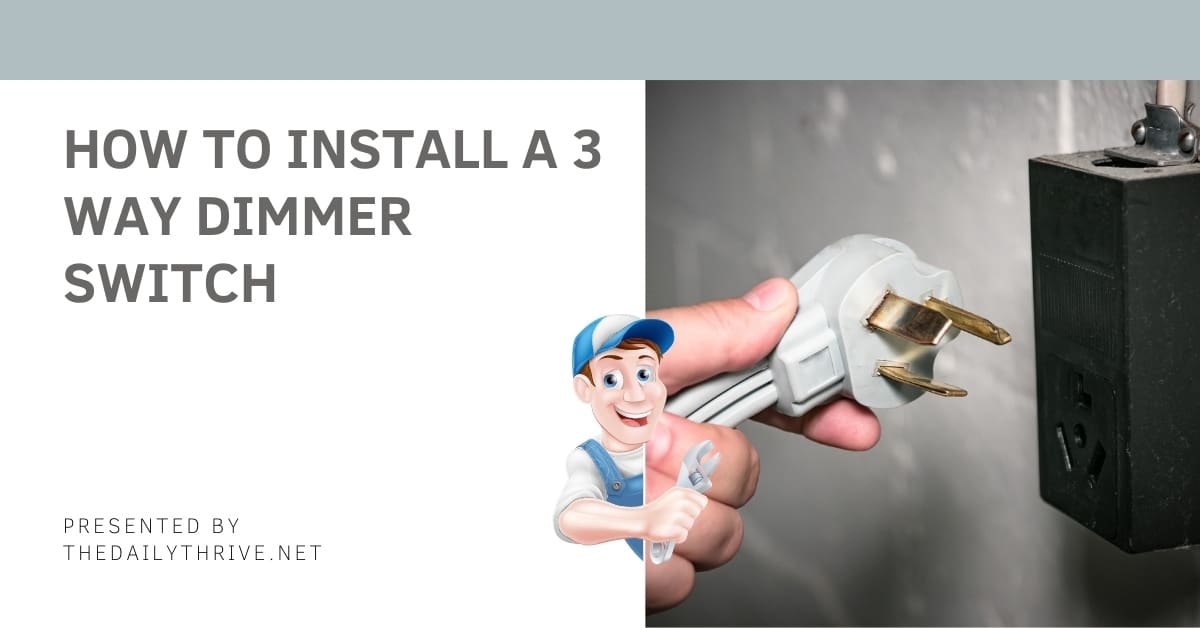 This tutorial is on how to install a 3-way dimmer switch. Now I’ve learned that many people call these two-way switches, but this is incorrect. They are three-way switches. A 3-way switch is used when you want to switch an electrical device from 2 or more locations.

Three-way switches can commonly be found at either end of a hallway, near the doors of a huge room. Now, this circuit is already using 3-way switches, but the homeowner wants to be able to dim their lighting. So I will install a Lutron Ariadni AY-603P, 600 watts, preset, incandescent dimmer switch.

A label on the fixture states the maximum wattage lamp allowed for that fixture. If you have a 100-watt lamp in a fixture rated for 60 watts maximum, then now is the perfect time to correct this.

The extra 40 watts puts off just enough extra heat to make this a fire hazard. This is one of the most common mistakes that I see.

If you want to be able to dim the circuit from the either light switch, then you need a master and slave combination similar to a Lutron Maestro.

However, the homeowner would prefer the dimmer switch installed in one location in this application. Depending upon your location, this is approximately $150.00 (labor + materials) cheaper than buying and installing the master and slave combination.

How to Wire a Three-Way Dimmer Switch Step-by-Step

Step # 1 – Locate your breaker box and turn off the power to this circuit.

Installing the 3 way dimmer switch is a relatively simple DIY task. One rule is that switches and dimmers are permanently wired “hot.” This means that only Black or Red wires are ever connected to the switch (or dimmer) itself. However, in your particular installation, a White wire is used as a “hot” wire on both the dimmer and the switch. In this case, the White wire must be colored Black or otherwise identified as a “hot” wire by wrapping it with a piece of black electrical tape.

This is how to wire your circuit: